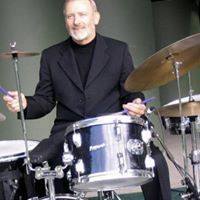 The Lou Williamson Scholarship Fund is dedicated to the development of talented young Canadian musicians, percussionists in particular. Lou’s last wish was to leave a legacy scholarship to support young Canadian musicians. He asked his long time friend and fellow musician, Chris Millington to set up a fund in his memory. Chris was very busy gigging and teaching, so he turned to his wife Eve to set up the fund. It took Eve almost 18 months to set it up as a private music education foundation and registered charity with the CRA – no small task!

Eve also thought that Musicfest Canada would be a good place to start with the awards as there are nearly 10,000 music students who attend every year. Legendary pianist, band leader and the late Canadian Senator Tommy Banks was on hand to announce the new awards in May 2011 at Musicfest Canada, in Richmond BC. Lou’s wife of over 30 years, Maggie Williamson presented two scholarships along with Eve Millington. The inaugural Lou Williamson Scholarship for Outstanding Drum Set Player was awarded to Matthew Chalmers from Etobicoke, Ontario and the Lou Williamson Scholarship for Outstanding Mallet Player was presented to Morgan O’Leary from Nova Scotia. Each scholarship includes a $3000 cash award.
In May 2012, Musicfest Canada was hosted at the National Arts Centre in Ottawa. Maggie Williamson and Eve Millington presented scholarships to Davide Corrazza for Outstanding Drummer and Anson Wong for Outstanding Mallet Player. David Clayton Thomas topped the bill as host and performer along with Ranee Lee; a good friend of Lou’s and the Allstar band led by another old friend of Lou’s, Denny Christiansen. Fast forward to January 2018! https://musicfest.ca/ We have embarked on our 8th year of music scholarships and awards to deserving musicians from across Canada! We continue to support Musicfest Canada with six awards annually.
Since 2015, we have established a legacy award at the Schulich School of Music at McGill University where Lou taught the first jazz drum set program over 40 years ago! It is the largest award in the Jazz department at McGill. https://www.mcgill.ca/channels/news/john-buck-recipient-schulichs-largest-merit-based-jazz-award-255107
We have also provided funding for the first jazz program in the curriculum of Canterbury High School – a fine arts school with an incredible 40+ years of performing arts tradition in Ottawa. We have awarded scholarships to three Vancouver Island Secondary Schools: Belmont SS, Royal Bay SS and Wellington SS. We are supporters of Youth Jazz Canada at Humber College. https://youthjazz.ca/
We have underwritten three children’s concerts performed by the Victoria Symphony, as part of their youth education and outreach program. Lou performed as an auxiliary musician with the Victoria Symphony.
In April 2018 we presented the first Capilano Jazz Award to music student and drummer, Ben Parker. Dave Robbins, who was mentored by Lou and is also a member of the music faculty at Capilano University, organized a fantastic tribute concert with performances by several student bands and a faculty band.
In June 2018 Chris Millington and I presented the first Victoria Jazz Award at the TD Victoria International Jazzfest. https://jazzvictoria.ca/society/lou-williamson-jazz-award  It was such a close call, the award was tied! Sam Laramee and Rowan Farintosh each received an award. They plan to study music at Humber College.
In October we underwrote another children’s concert by the Victoria Symphony https://victoriasymphony.ca/concerts/big-bongo/ and we are currently sponsoring an exciting Jazz Suite Composer project which will be debuted by the Canadian Armed Forces band branch at a future date. More details to come!
We also made a contribution to the David Cameron Elementary School music program for new instruments, and the ‘Bands and Bars’ event at Royal Bay Secondary School.
The Meridiem Wind Orchestra also received an award to cover the cost of sheet music and hall rental fees. http://meridiemwindorchestra.weebly.com/ This wind orchestra is comprised of professional musicians, music teachers and advanced music students who volunteer as mentors to band students in all three Greater Victoria school districts.
Stay tuned for more news in 2019!